Carolling is a centuries-old Christmas-related folk custom rooted in Polish tradition consisting in
visiting houses and singing Nativity songs, enacting faith-inspired scenes, presentation of religious customs and
sharing wishes. It very often involves giving small treats and collecting donations. This custom has survived until
the present day in some Polish regions, e.g. in the Lublin region. Filled with lightheartedness and true joy, this
custom was initially connected with the Slavic celebration of Szczodre Gody [pre-Christian feast celebrating
winter solstice] preceded by the so called Szczodry Wieczór [literally: Generous Eve]. This feast reflected victory
of light over darkness. It symbolized the time when day starts to prevail over night. The time bringing optimism
and joy to the people.
For Slavs, Szczodre Gody determined the beginning of a new year, hope and new being, permeated with plenty
of customs celebrated for as long as a fortnight.
A carol is, however, primarily a joyful festive and New Year song, which nowadays has adopted a form
of a Nativity song. It is most often religious and originates in folk tradition.
In later periods, it also inspired outstanding composers. A carol presenting scenes from a daily life is referred to
as a pastorale. It has a specific style and is of secular nature. It presents the world that surrounds us with
Biblical events in the background. It often depicts beliefs and folk tradition characteristic for a region in which it
originates. It explains the sacred to simple people. It usually features lively music and humorous manner of
telling the story of Nativity. It is particularly enjoyed by children.
First carols in Poland appeared with the onset of the fifteenth century. They were translated into
Polish from Latin or taken from songbooks brought from the neighbouring countries. According to
ethnographers, the oldest surviving Polish carol dates back to 1424 and begins with the words “Zdrów bądź,
królu anielski” [Hail, Heavenly King]. Carols in Poland got considerably popular at the end of the seventeenth
and beginning of eighteenth century, when the term ‘carol’ was defined as a Nativity song. At that time, one of
the finest Polish carols „W żłobie leży” [In a Manger He Lays] was written, ascribed to  Piotr Skarga . It was based
on a melody of a polonaise composed for the coronation of King Ladislaus IV. Another very popular carol
entitled “Bóg się rodzi” [God is being born] also based on the rhythm of a polonaise, was written by Franciszek
Karpiński. In the sixteenth century, famous composers of carols were Mikołaj Sęp Szarzyński and  Andrzej
Morsztyn , in the nineteenth century –   Zygmunt Noskowski , and at the beginning of twentieth century –  Feliks
Nowowiejski . The „Lulajże Jezuniu” [Sleep, Infant Jesus] carol was cited by Fryderyk Chopin in the central
movement of his ingenious Scherzo in B minor op. 20. Beautiful contemporary carols were composed by  Witold
Lutosławski and Andrzej Nikodemowicz. They were usually written as exultant thanksgiving songs, but there
were also more nostalgic ones inspired by important historic events: national uprisings, wars, plebiscites or the
memorable martial law. These unique pieces of music are permeated with patriotism and references to a hard
lot of the Polish nation.
Nowadays, we have also seen works dedicated to this special period when we remember the birth of
the Son of God. They have been written by unique composers. They are as popular as the most beautiful
traditional carols, as is the case with a carol written in the 1930s “Nie było miejsca dla Ciebie” [There was no
room for you]. More contemporary works include „Kolęda o gwieździe” [Star Carol], „Kolęda Maryi” [Mary’s
carol], „Kolęda o świcie” [Carol at dawn], coming from Ernest Bryl’s musical Kolęda Nocka [Carol Night] with
Wojciech Trzciński’s music composed in the 1980s, or Zbigniew Preisner’s “Moje kolędy na koniec wieku” [My
carols for the end of the century].
An invaluable contribution to preserving the carolling tradition has been made by amateur and
professional choirs and orchestras. Among them, special place is occupied by “Poznańskie Słowiki”
[Nightingales of Poznań] and the Lublin-based “IUBILAEUM” choirs. An important role is played by folk music
ensembles and groups with „Mazowsze” and „Śląsk” Folk Dance and Singing Ensembles at the top of the list.
Polish musical heritage includes over 500 original records of carols and  pastorales . Specialist collection
and cataloguing of their content was already begun at the beginning of the nineteenth century, the proof of
which is, for example, the collection released in 1843 by priest Michał Mioduszewski entitled “Pastorales and
carols with melodies, that is joyful songs for the people sung at home during the Christmas season”.

During the Christmas season, carols are sung virtually in every Polish house, at churches, schools,
kindergartens, Christmas parties or during popular Nativity plays. They can be heard at radio stations and they
appear on screens of computers and TV sets. They can be widely found on mass media and in social media.
They sound exceptionally beautiful and moving when performed by whole families on Christmas Eve.
Atmosphere they create cannot be matched by anything else. Polish carols, widely considered as the most
beautiful in the world, are among the very few comprising a vivid image of wandering and carolling
around houses of one’s neighbours and absolute strangers. Owing to buoyant activity of local communities,
carolling visits have enjoyed a great revival in recent years.
We would like you to treat carols found on “Mroźna cisza” [Frosty tranquillity] album as a special gift
dedicated to you, flowing from the bottom of the hearts of the performing artists. As a kind of joint prayer,
spiritual communion of performers with listeners, participation in the mystery of Nativity. Let Polish music
bring back the memories of happy celebration with your family. Let it bring joy. If it evokes tears of tenderness
and longing for distant beautiful moments, let them be tears of bliss.

If you shall sing with us – we will be very happy.
Let the carol travel across the world! 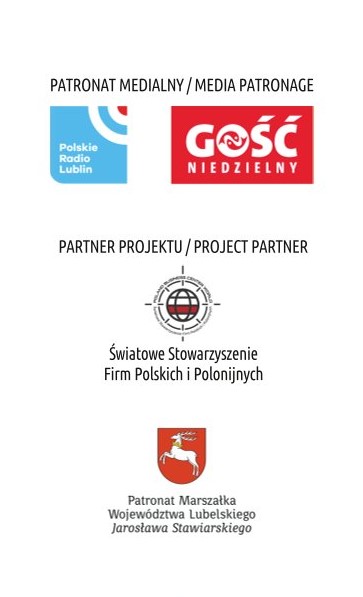 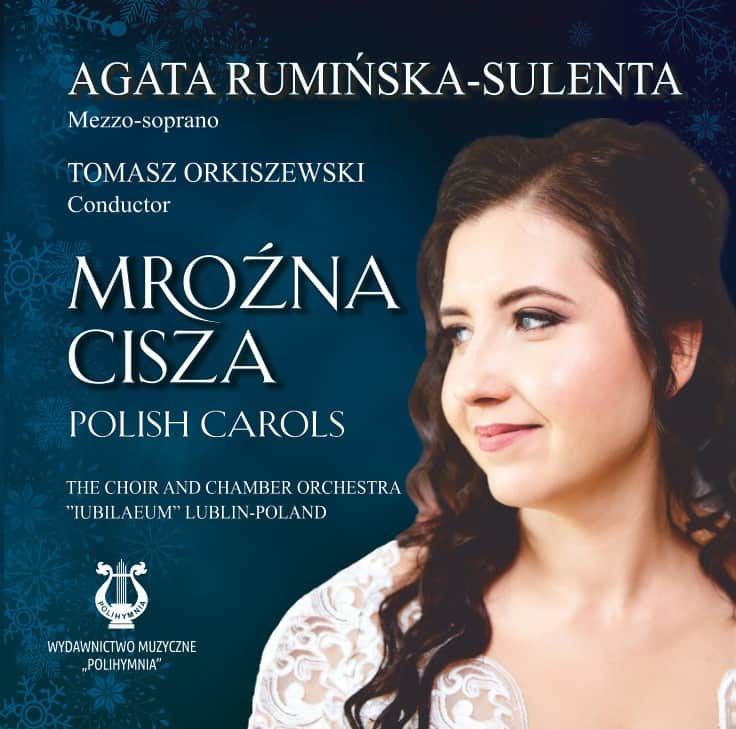 Agata Rumińska-Sulenta mezzosoprano – young female opera singer with a unique acting talent and
outstanding voice of unparalleled timbre. She was born in Lublin, now she lives and works in Warsaw. She
completed her music education at the Tadeusz Szeligowski Music School in Lublin where she learned to play the
violin (2009) and attended a singing class (2015). While improving her vocal skills, she graduated from the Voice
and Drama Faculty of the Academy of Music in Cracow, where she was tutored by professor Olga Popowicz
(2018) and Department of Vocal and Acting Studies of The Fryderyk Chopin University of Music in Warsaw
where she was tutored by professor Ewa Iżykowska-Lipińska, specialising in solo opera singing; she graduated
with distinctions in 2020.
Owing to her unmatched diligence, already in 2018 she sang Pepa in &quot;Goyescas&quot; by Enrique Granados
during performance at The Fryderyk Chopin University of Music. In May 2019, she made a successful
appearance in the role of Jadwiga in “The Haunted Manor” by Stanisław Moniuszko accompanied by
Podkarpacka Philharmonic Orchestra in Rzeszów under the baton of Marta Kluczyńska, whereas in September
2019 she appeared in the same role with Płock Symphony Orchestra under the baton of Janusz Przybylski. In
November 2019, she performed a solo part in “Requiem in G minor” and “Piotrowin Mass” by Moniuszko at the
Stanisław Moniuszko Sacred Music Festival in Warsaw (Borys Somerschaf – conductor, Piotr Wilczyński – organ)
and she appeared as Jadwiga in “The Haunted Manor” by Stanisław Moniuszko at the Grand Theatre – National
Opera in Warsaw; co-production with FCUM, directed by Ryszard Cieśla, Janusz Przybylski – conductor, musical
interpretation prof. Ryszard Karczykowski. In May 2019, she performed with The Henryk Wieniawski
Philharmonic Orchestra in Lublin (Wojciech Rodek – conductor). In December 2019, she went on a tour around
China singing Jadwiga’s part, giving performances in Changchun, Changsha, Wuhan and Beijing. In February
2020, she appeared as Jadwiga at the Oskar Kolberg Świętokrzyska Philharmonic in Kielce (Marta Kluczyńska –
conductor).
She refined her vocal skills during master classes and workshops conducted by outstanding singer
teachers, such as Piotr Beczała, Olaf Bär, W. Stephen Smith, Jadwiga Romańska, Stefania Toczyska, Urszula
Kryger, Jan Ballarin, Eugeniusz Sąsiadek, Ryszard Karczykowski. These great personalities have considerably
determined her unique voice, performing skills and artistic personality.
She has been the finalist and winner of appreciated vocal competitions, such as: The Felicja Krysiewicz
Vocal Competition in Bydgoszcz, The Oskar Kolberg Music Competition in Lublin, International “Viva Calisia”
Vocal Competition in Kalisz. She participated in “Widen European Cooperation Net” International Music
Workshops in Massafra, Italy (2014), International “2 nd Kraków Bach Festival”, “Fifth Music Days in Kurów”
Festival where she performed in “Requiem” op. 48 by Gabriel Faure, and in a series of concerts entitled “Young
Talents Stage in Nałęczów” organized by The Henryk Wieniawski Philharmonic in Lublin. She was a special guest
of the 20th International Piano Festival in Nałęczów (2018). As a soloist, she took part in music projects
implemented by numerous cultural institutions in Poland, such as The Artur Malawski Podkarpacka
Philharmonic in Rzeszów, The Oskar Kolberg Świętokrzyska Philharmonic in Kielce, Centre for the Meeting of
Cultures in Lublin, The Krzysztof Penderecki European Centre for Music in Lusławice, as well as the Warsaw
Philharmonic. She has performed in Italy, Austria and China.
Her highly extensive and diversified repertoire embraces operatic roles, arias and lieder, as well as
popular and much-loved world’s most famous classical music hits. Apart from roles in operatic works, she
performs during concerts and special gala events. In her musical pursuits, she is considerably devoted to sacred
music.
In 2021/2022 and 2022/2023 concert seasons, she has worked as a soloist with the Warsaw
Philharmonic. In May 2022, she received a scholarship of the Marshall of the Lublin Voivodship for a “Young
Creator of Culture”. 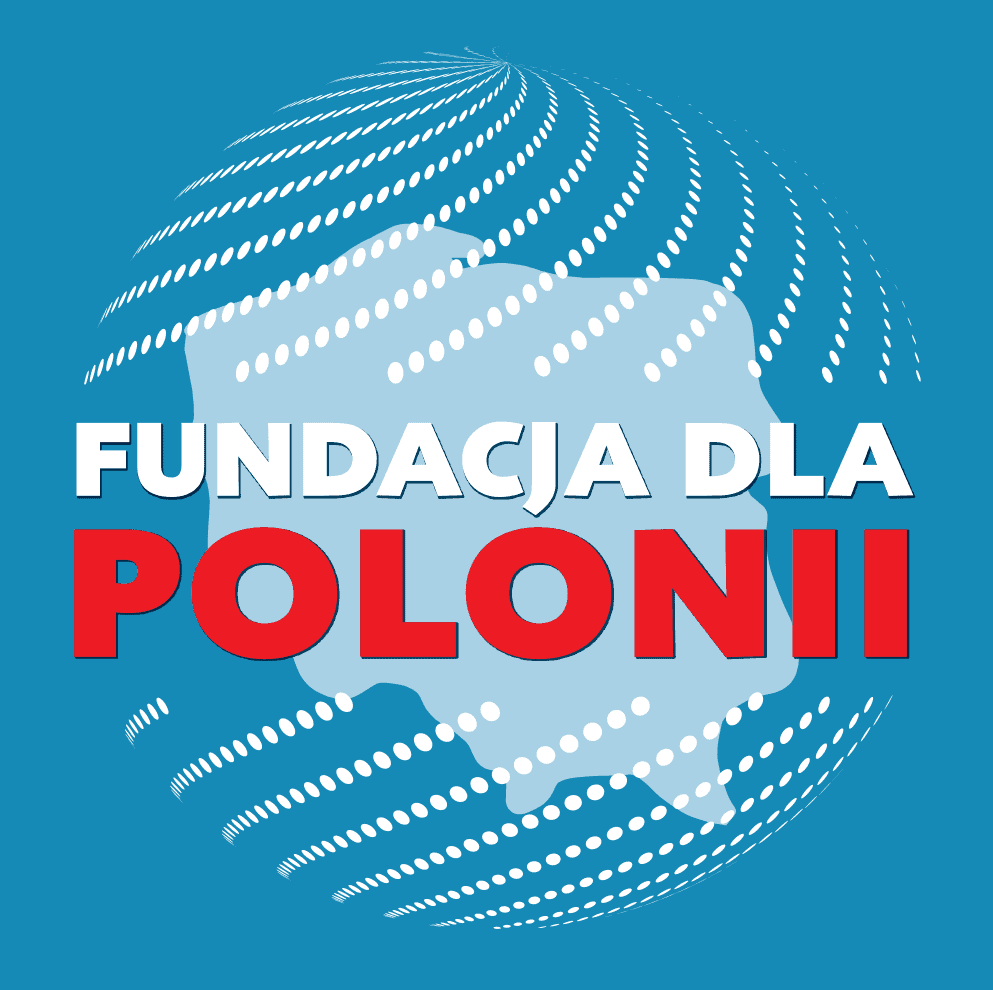